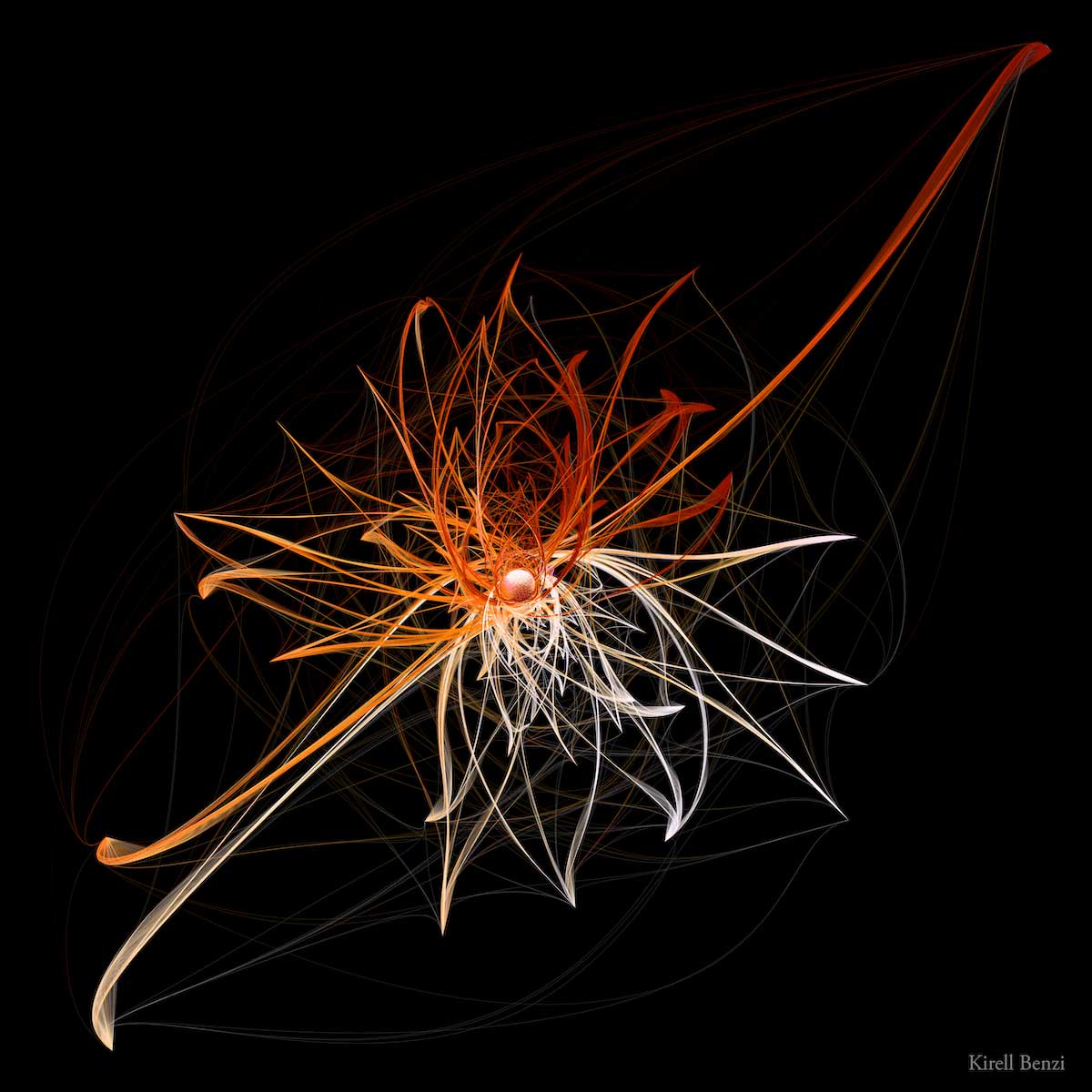 The world economy is one structural totality, a landscape of extremes shown here through global inter-city corporate office links. Each node represents a city of the world, connected to another city if a company shares an office in both locations.

Global cities scholars such as David A. Smith, Saskia Sassen, and Peter J. Taylor have long characterized the world economy as being ultimately comprised of cities, and as a landscape of centralization and marginalization. This is shown here with the most central cities positioned furthest outward, and the least connected cities at the core.

This data artwork, made in collaboration with Dr. Benjamin Leffel, can be further decomposed into three principal regions of activity. Europe is shown on the right side of the piece in dark orange with London as its leading point in the top right corner. The USA is mainly found on the bottom in white with Chicago situated on the opposite corner. Cities of Asia are colored in light orange with Singapore, its flagship city on the bottom left, right above Chicago.

To learn more about this project, and visualize the connections on a world map instead of its abstract artistic form, you can go to this blog post. 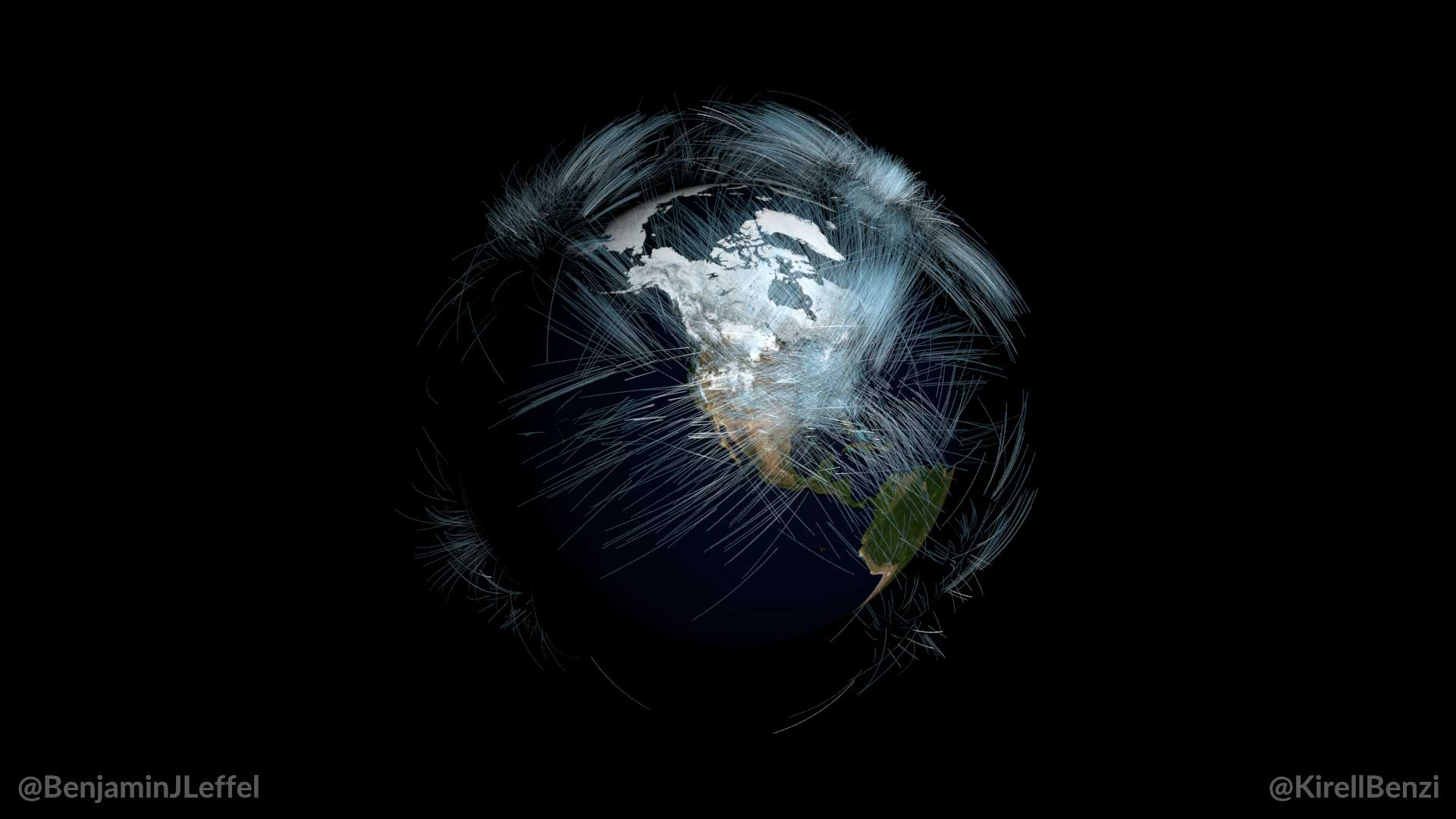