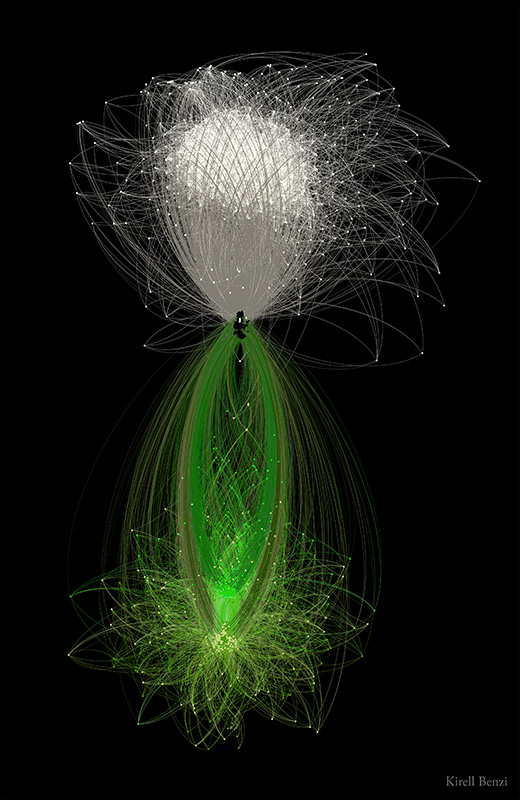 Prof. Antoine Guisan and his team

The biodiversity that surrounds us is tremendously rich. With a repertoire of roughly 1700 species related to the flora of the Alps of Vaud, the inventory made by the biologists of Lausanne’s university never cease to grow at each field sample in the Swiss Alps. This network, evoking a mature dandelion, connects these species if they have been detected in the same geographical units by the researchers during their observations. The spherical fruit capitula, in white, represents species related to forests such as beeches, oaks, maples, firs, larches and their understory flora. Below in the graph, we can find, in black, many different plant species of open habitats, including the dandelion itself, or Taraxacum. The stalk is composed of orthopterans (crickets), lepidopterans (butterflies) and bumblebees, associated with these habitats, in different shades of green. Finally, the roots are made of soil fungi in yellow and soil bacterias in dark green, in the same habitats. 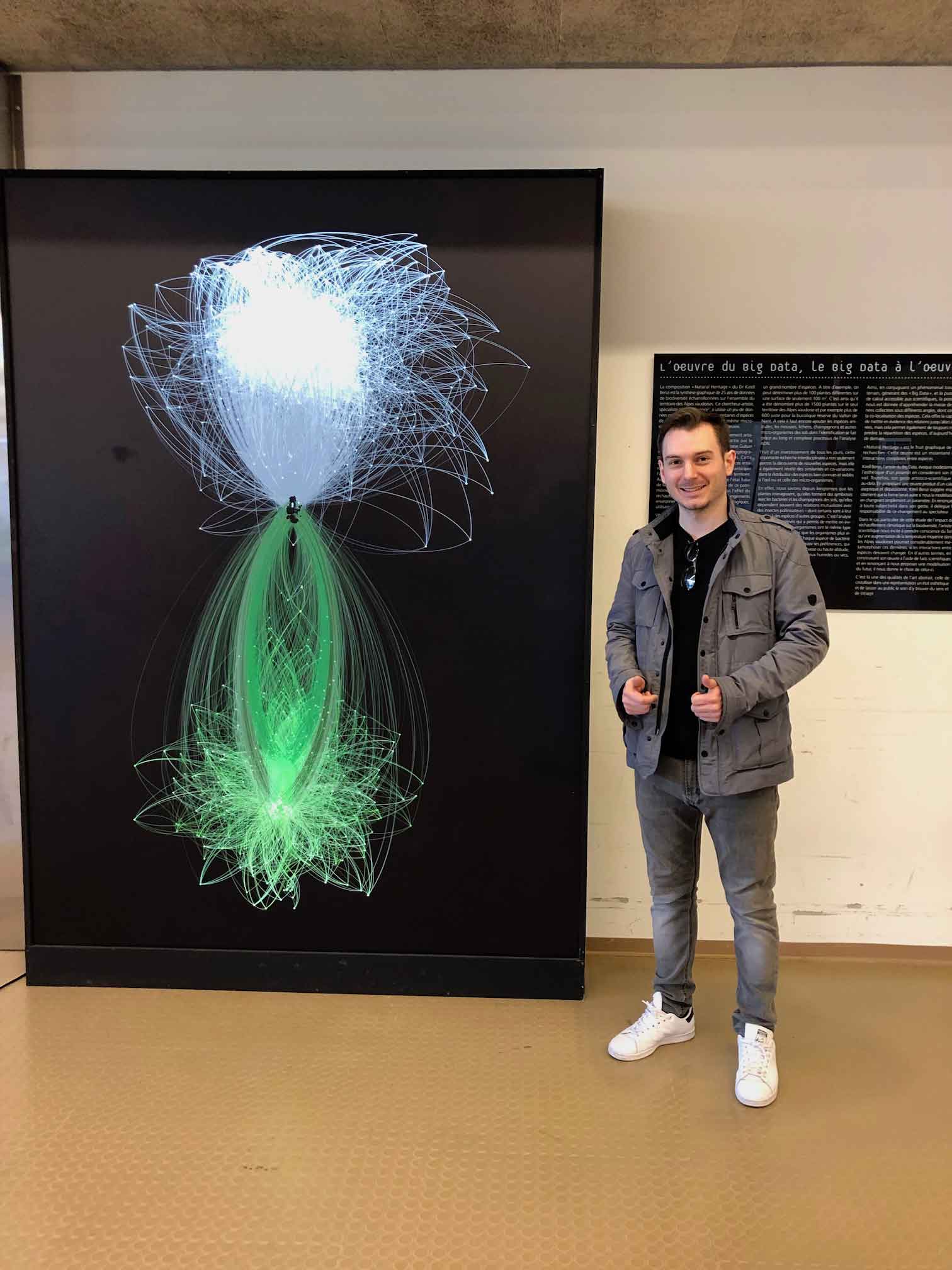 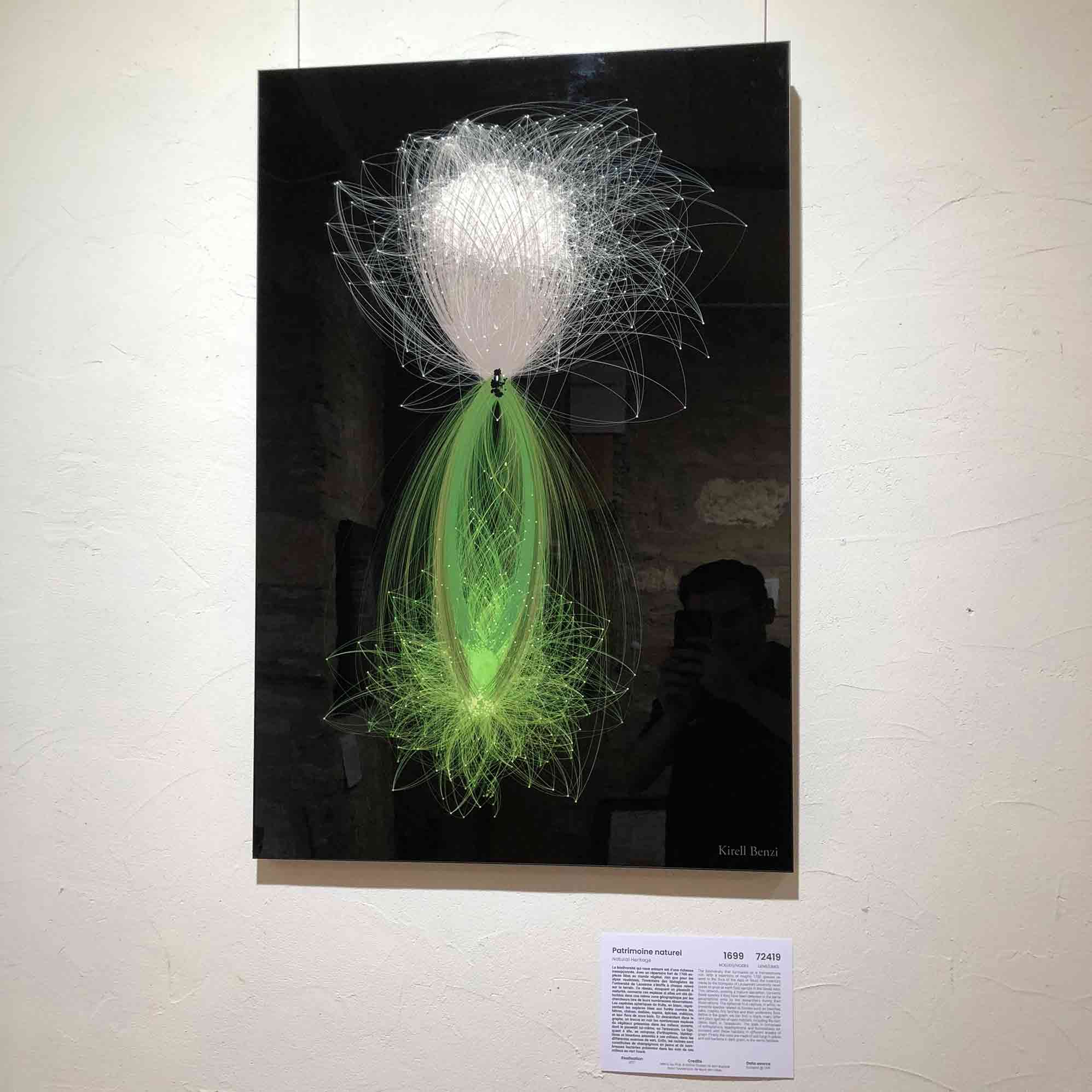