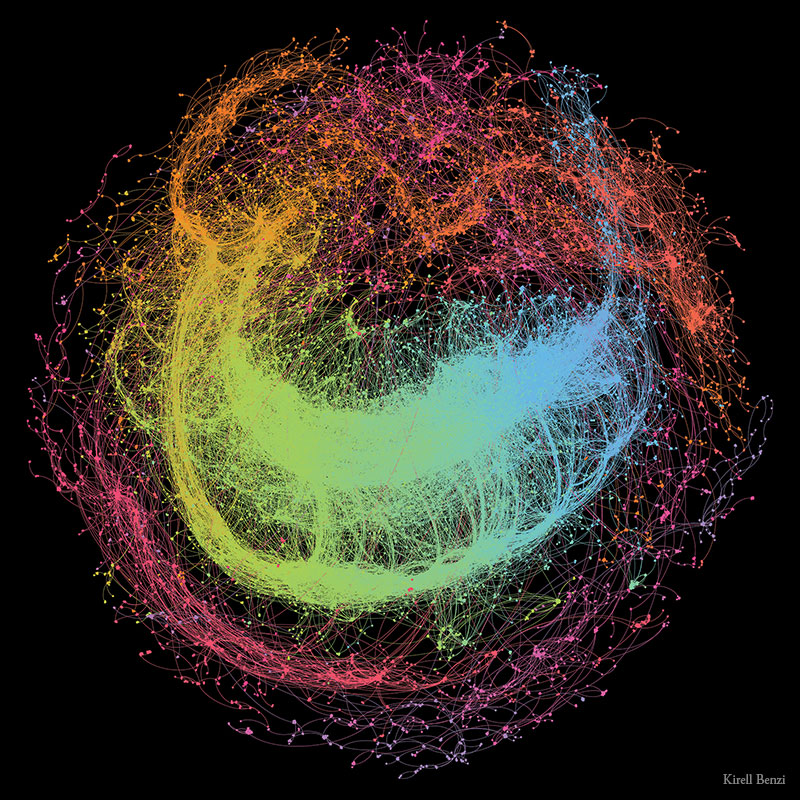 The 4th of July 2012, CERN physicists found evidence of a new elementary particle predicted by Peter Higgs in 1964. This graph shows the flow of retweets through time as the rumor around the discovery grew. Starting from the blue nodes on top, to the purple ones at the bottom, tweets are connected together if they have been re-tweeted by followers. Strikingly, our spiral-shaped network splits into two large spatio-temporal communities with Europe in the center and the U.S. on the bottom. The number of connections in this network clearly shows that no borders can contain the joy resulting from a great scientific discovery. 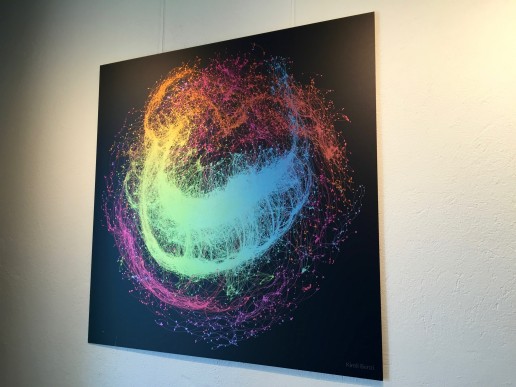